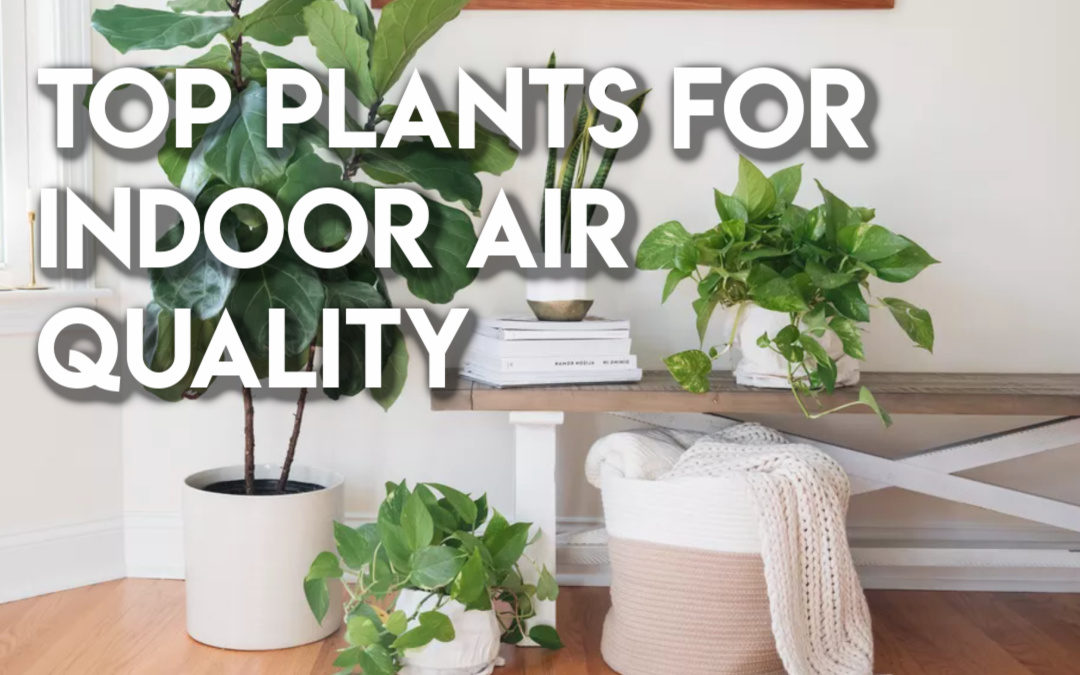 Bringing plants into your home improves your space and provides health benefits for you and your family. Indoor plants clean and improve the air quality by removing toxins, increasing humidity in winter months, and producing oxygen.

The National Aeronautics and Space Administration (NASA) has been studying the effects of plants on air quality for about 20 years and their research confirms: common houseplants are natural air purifiers.

The trending buzzword in both architecture and interior design is biophilia.  Biophilia is defined as man’s inherent desire to be close to nature.  Biophilic design brings natural materials, natural light, vegetation, views of nature, etc. into the indoor environment.

According to  Dr. Bill Wolverton, who pioneered this research; “All houseplants give off oxygen and take in carbon dioxide during the photosynthetic process.  Many studies have shown that plants also remove airborne chemicals from the indoor environment, including formaldehyde and carbon monoxide.  Some plants are more effective at removing chemicals than others.”

While the original research was aimed at finding ways to purify the air for extended stays in orbiting space stations, the findings are important for us on Earth as well. The following plants are documented by Eco Watch as being especially good at improving indoor air quality: 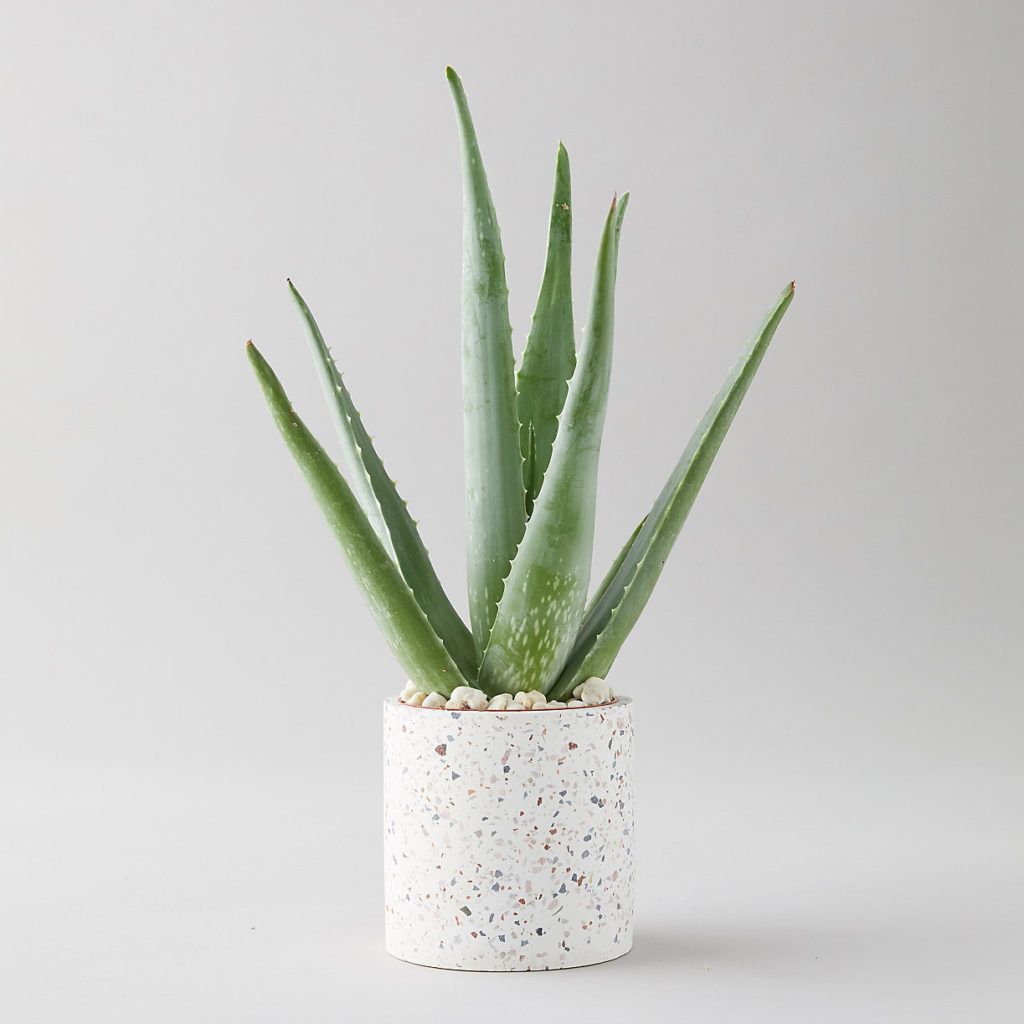 An aloe vera plant is a stylish and practical addition to the home. This succulent plant purifies the air of formaldehyde and benzene – two chemicals commonly found in household cleaning products – and has amazing healing properties too. It’s one of the best ways to help treat sunburn, and is easy to care for. 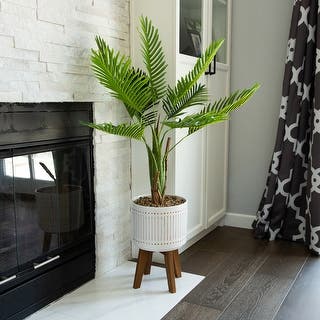 The advantage these plants have is that they are adapted to tropical areas where they grow beneath dense tropical canopies and must survive in areas of low light. These plants are thus ultra-efficient at capturing light. Which also means they must be very efficient in processing the gasses necessary for photosynthesis. Because of this fact, they have greater potential to absorb other gases, including potentially harmful ones. 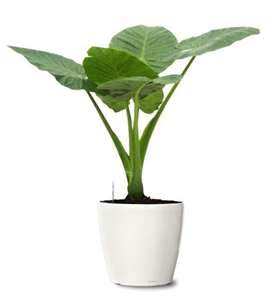 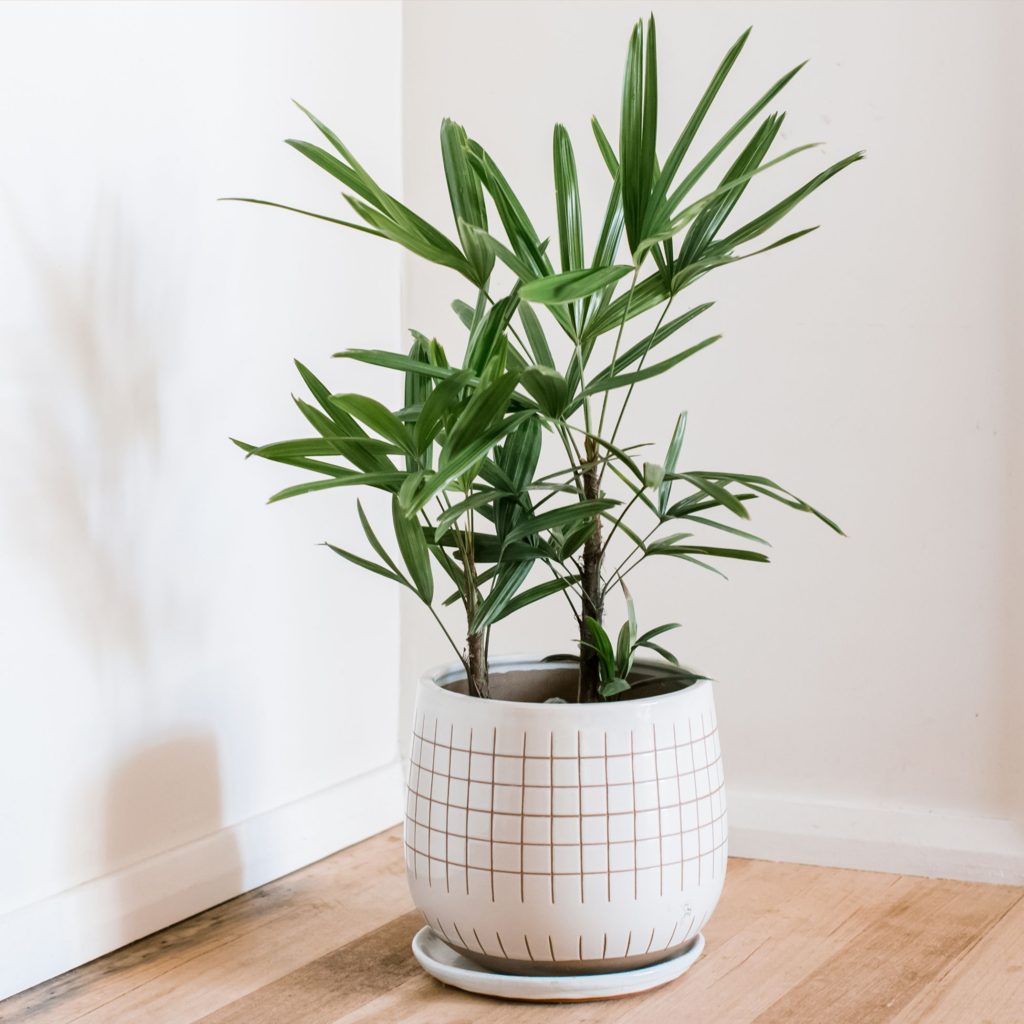 Native to regions of China and Taiwan, the Broadleaf Lady Palm is a multi-stemmed palm plant that has become increasingly popular around the world. The plant has proven successful in removing airborne toxins within the home, including ammonia, formaldehyde, xylene, and carbon dioxide. Unlike other plants, who simply make oxygen, Rhapis excelsa will actually make the air in your home cleaner and safer to breathe.

It is widely known as one of the easiest houseplants to grow in the world. Distinct in nature, this palm survives in households around the world, and has been grown as a houseplant for over 500 years in Japan. 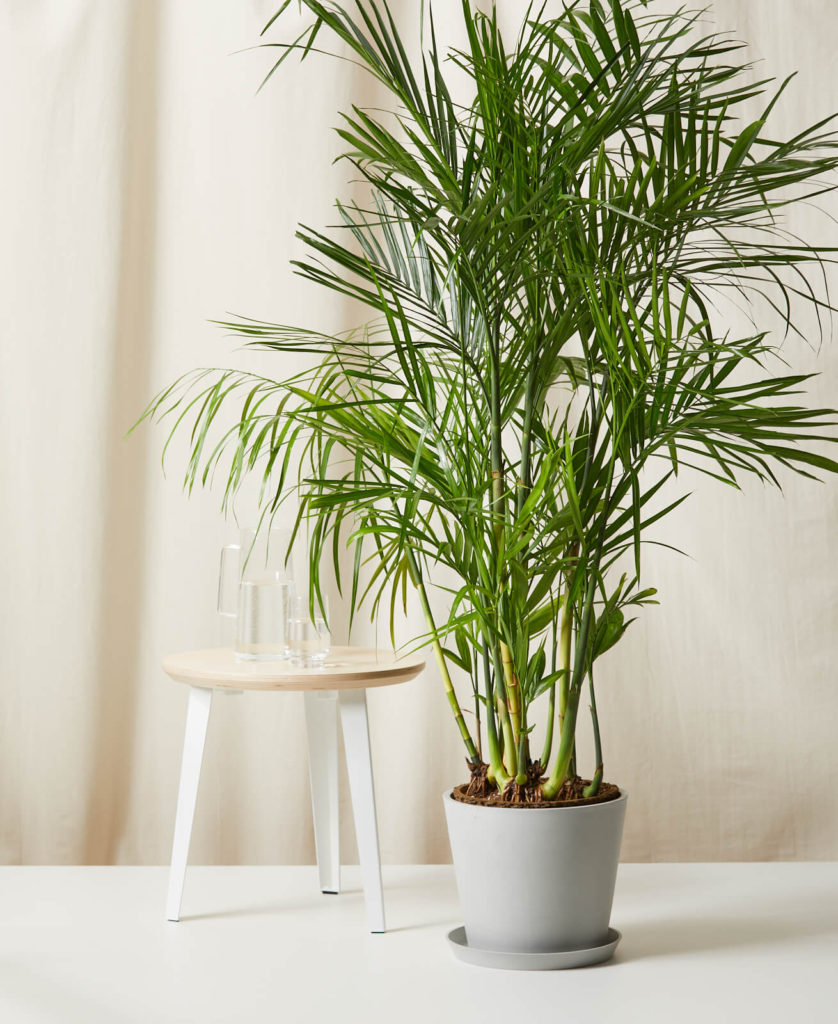 Bamboo and Reed Palm plants help in absorbing indoor air pollutants like acetone, xylene, and toluene which emits from petroleum products and paints and wooden furniture.

Indoor bamboo plants are considered as a symbol of good fortune in feng shui. It is considered to help channel positive energy and bring health, prosperity, luck to whoever owns it. 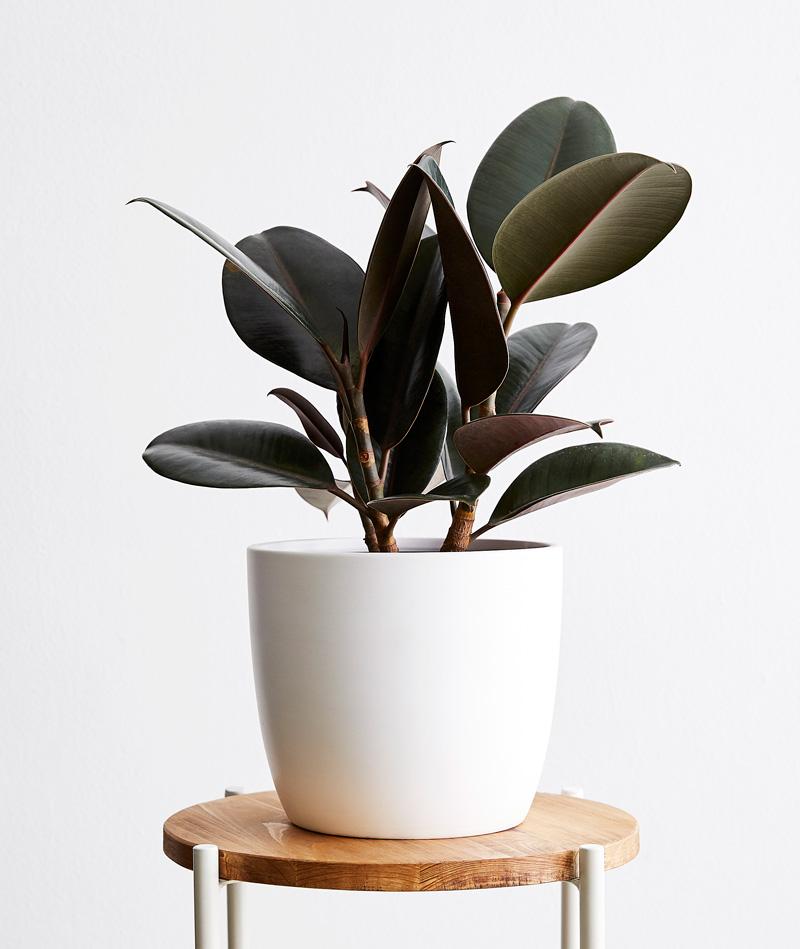 While rubber plants (Ficus robusta) are grown as easy-care houseplants, they also improve indoor air quality, according to studies conducted by NASA. Their large leaves can absorb airborne chemicals and break them down, rendering them harmless. They absorb exhaled carbon dioxide and convert it to breathable oxygen. Rubber plants also eliminate bacteria and mold spores in the air. 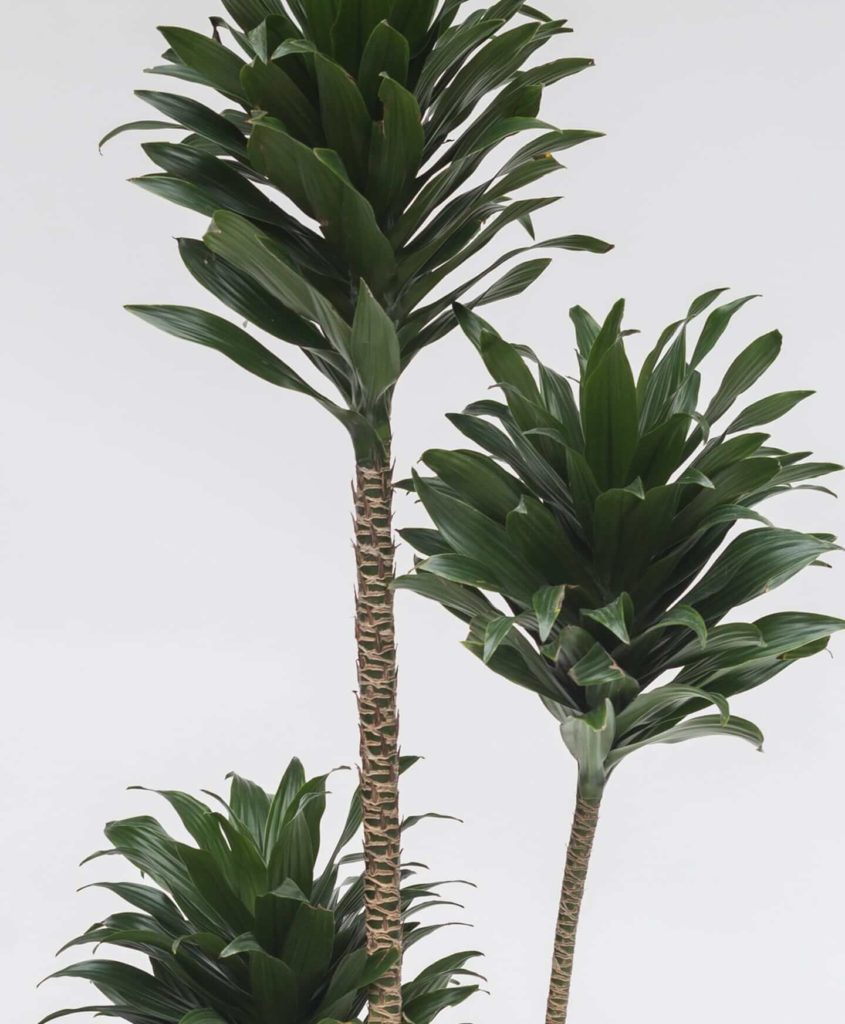 One of the best houseplants tested for removing trichloroethylene. This large group of houseplants comes in all shapes, sizes and colors. If you have a corner of your home that could accommodate a taller plant then Dracaena Janet Craig is by far one of the easiest to grow. 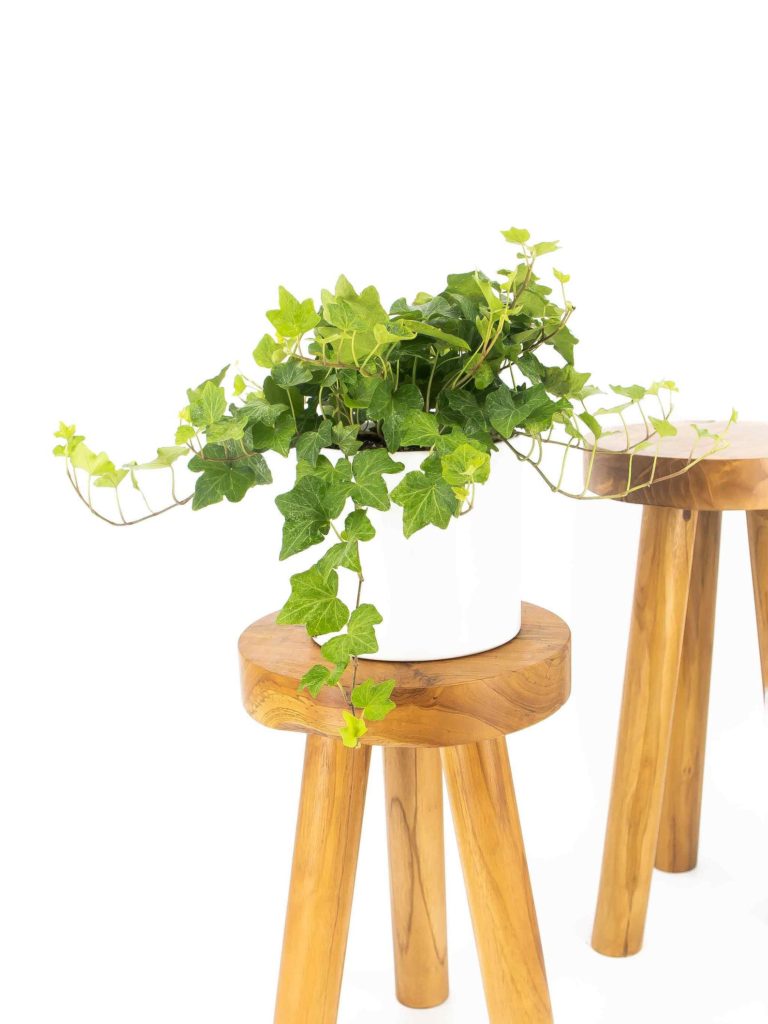 Often called English Ivy or European Ivy, Hedera helix is another popular houseplant that helps filter airborne toxins inside your home. According to NASA’s Clean Air Study, English Ivy is effective at cleansing benzene, formaldehyde, xylene and toluene from the air. Additionally, other studies have indicated that English Ivy also helps reduce mold in your home. 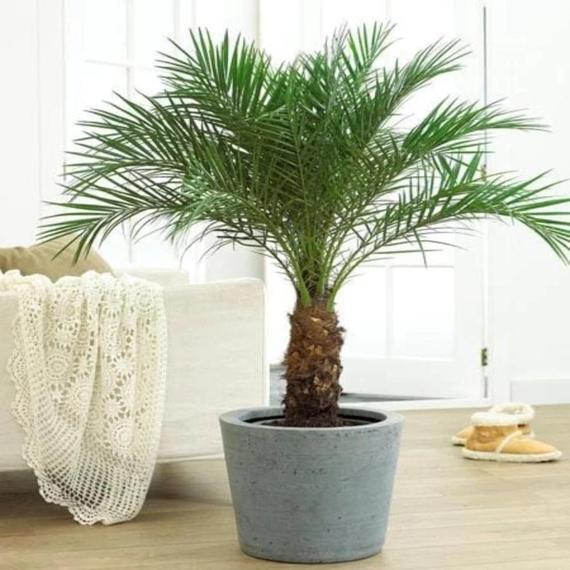 Dwarf Date Palms remain small as trees go, usually under three or four feet tall, and will grow in lower light than most other palms. Even when small, they have the classic palm tree look and will give any room an elegant tropical flair. Pygmy date palms are also great indoor air filters that naturally remove toxic chemicals such as carbon monoxide, benzene, formaldehyde, and xylene from the air.

Date palms need good light to grow best, so choose the brightest spot in your house, where the plant will get several hours of direct sunlight. 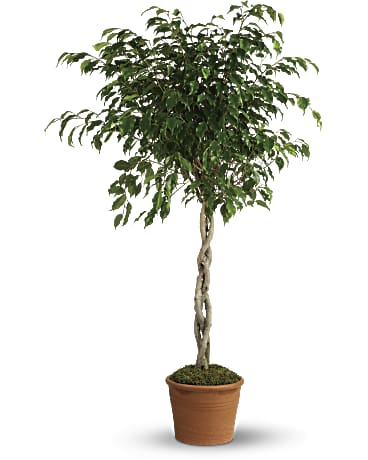 This low-maintenance, evergreen plant grows well both inside and out. If you use it as a houseplant, place it in an area that has plenty of bright indirect natural light. 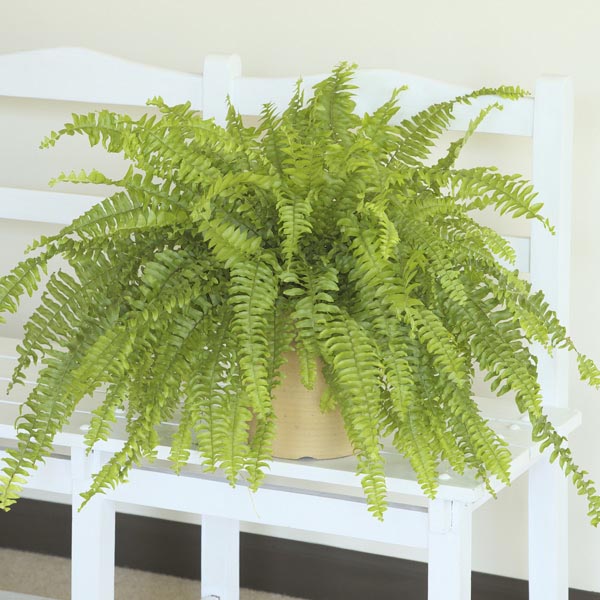 Purifying fern plants should be part of any home. Boston ferns, in particular, were one of the best plants for indoor air purification. Boston ferns were found to be excellent at removing a variety of indoor air pollutants including formaldehyde, xylene, toluene, benzene and others.  It was found to be the best at removing formaldehyde. Formaldehyde is emitted from a variety of common indoor objects such as particle board, certain paper products, carpet and other sources. 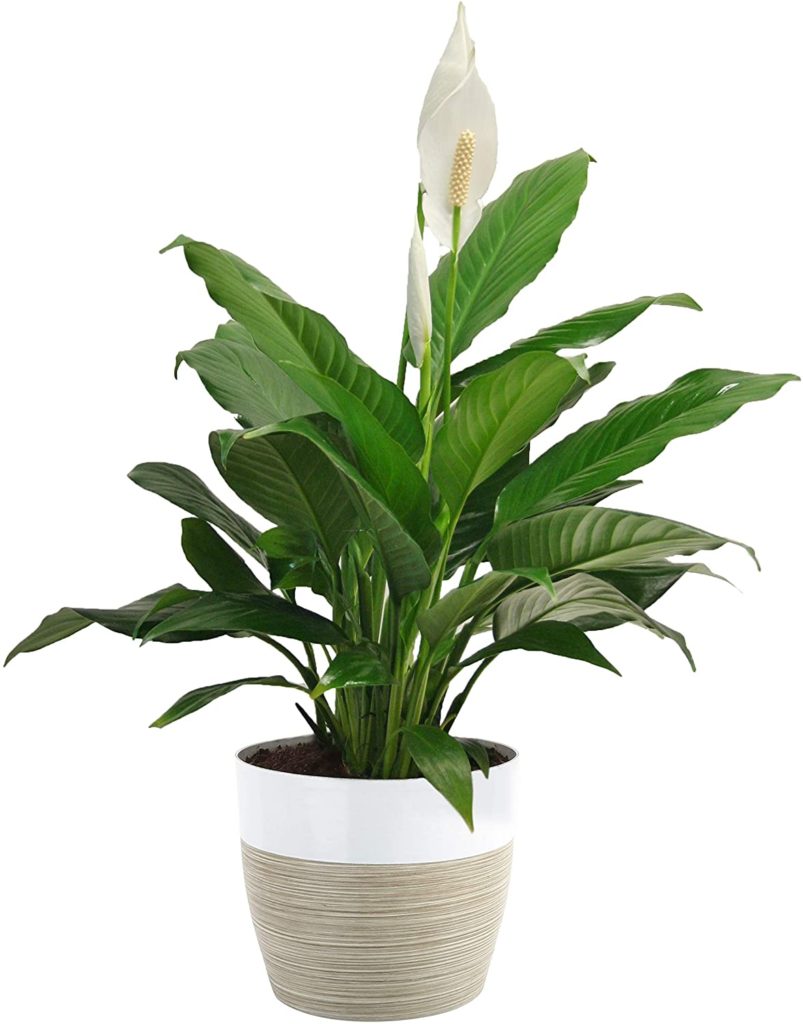 Though the peace lily can get rid of traces of acetone, trichloroethylene, benzene and formaldehyde, cat lovers should not use this plant. The peace lily has been shown to be poisonous to cats.

Do peace lilies help with air quality in any other ways? Yes, they do. In addition to help with air pollutants in the home, they also give off a lot of moisture in the air. Getting clean air with peace lilies can be even more effective if a lot of the pot’s topsoil is exposed to the air. Pollutants can be absorbed straight into the soil and broken down this way. Trim away the lowest leaves on your peace lily to allow lots of direct contact between the soil and the air.

NOTE: Peace Lilies can be poisonous to cats. 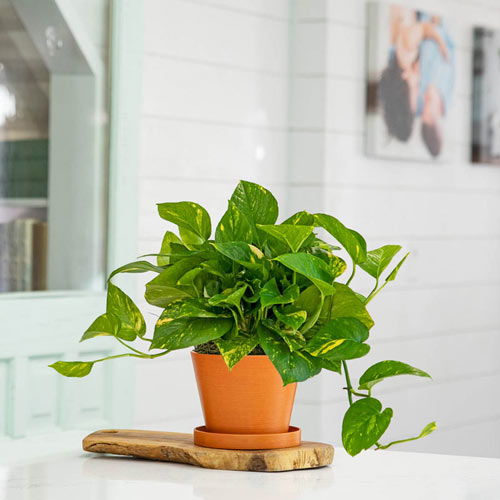 For improved lung health, reach for the ozone-cleaning golden pothos plant. It can remove carbon monoxide, benzene and formaldehyde from the indoor air.

Golden Pothos, Also known as devil’s ivy, golden pothos (Epipremnum aureum) is a widely grown houseplant that tolerates low light levels and even neglect. A member of the Araceae family, it is tropical plant native to the Solomon Islands. Its yellow-tinged foliage give the plant its common name. It has been shown to break down pollutants such as benzene, formaldehyde, xylene, trichlorethene, and torilene. Although golden pothos will grow easily in low light, its variegation is often lost in those conditions. Faster growth and stronger variegation occur in medium to high-light. Fertilize monthly in winter months, a bit more often in summer, when the plant is actively growing. It prefers evenly moist soil that dries out slightly between waterings; it does not like to be soggy! When it becomes too dry, its leaves begin to wilt, so it’s obvious when water is needed. To keep the foliage full, periodically prune the long, trailing stems.

A note of caution from the ASPCA: Pothos plants can be toxic to pets. Its leaves contain raphides, needle-shaped crystals of calcium oxalate that they cannot digest. If you have a pothos plant, keep it high enough so that pets can’t reach it. It’s always better to be safe than sorry. 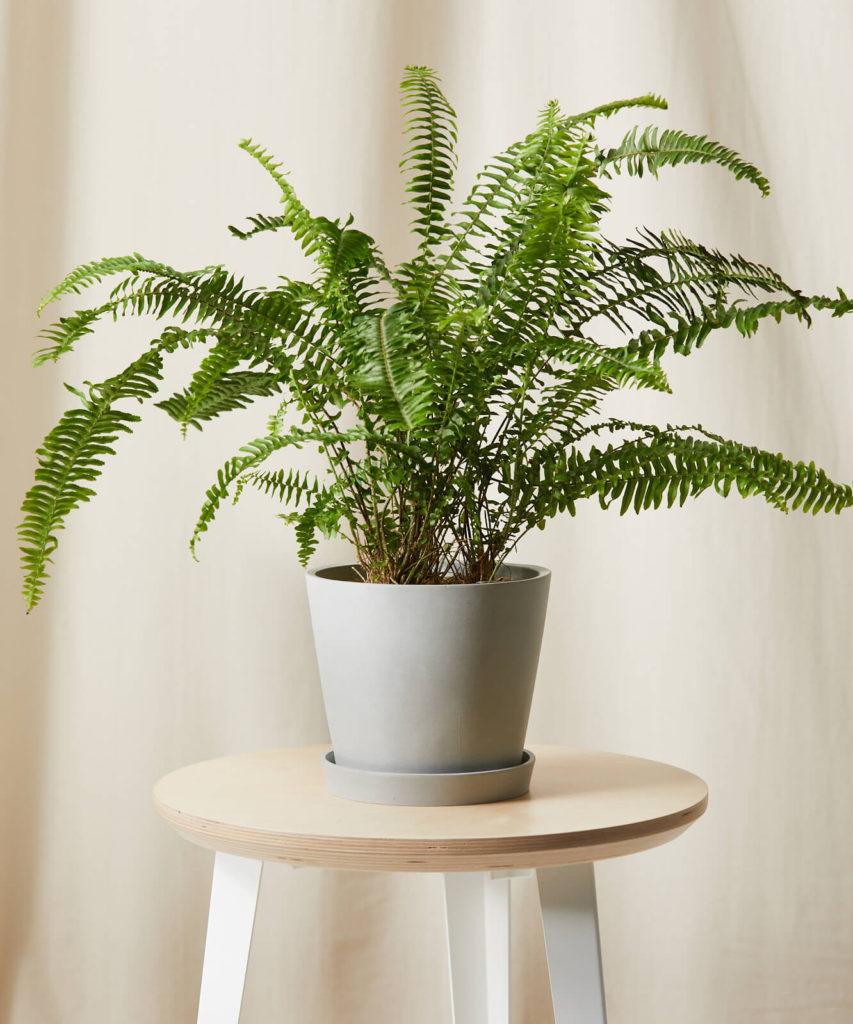 Not as well-known as the Boston fern, and also not as sensitive to low humidity, the Kimberley Queen is better suited to an indoor environment. This fern is also as effective at removing toxins as the Boston fern. Kimberly Queen ferns are highly effective for the removal of formaldehyde and alcohols, as well as being a natural humidifier. 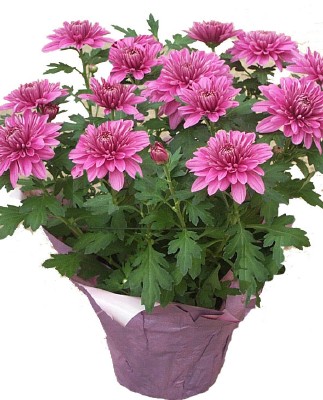 Otherwise known as the chrysanthemum—one of the universal “get well” flowers— florist’s mums are great for cutting formaldehyde, benzene and ammonia from your air.

Living with plants can be therapeutic by reducing stress, boosting your mood, and increasing productivity. Houseplants transform your home into a green-leaved sanctuary where you feel better just by sitting and enjoying the environment.